On Friday 9 November 2018, the Piraeus Marine Club held a celebratory Gala for its 50 year ‘Golden Anniversary’ at the Stavros Niarchos Foundation. The Gala included a special presentation of the limited edition collectible Anniversary Yearbook of the Club, which highlights the most significant events of the Clubs 50 years of existence, by the author, Member, writer and publisher Mr George Foustanos.

The event was celebrated with a charity auction from which all proceeds were donated to the Company of social Support by Hellenic ship-owners: ‘ΣΥΝ-ΕΝΩΣΙΣ’.

Without the key financial backing of its Grand Sponsors, Sponsors and Supporters, the event and the Yearbook to mark the Clubs beautiful history would not have been possible. The Piraeus Marine Club is especially grateful for their valuable contribution to the creation of its 50th Anniversary Yearbook on the occasion of celebrating the 50 years since its foundation.

Piraeus Marine Club is grateful to the Grand Sponsors, Sponsors and Supporters for their valuable contribution to the creation of its Anniversary album on the occasion of the 50 years from its foundation. 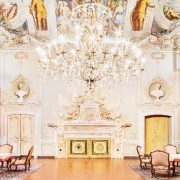 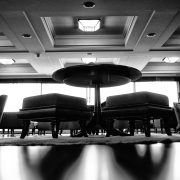